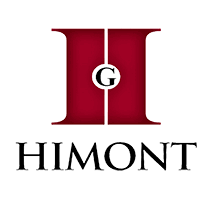 Himont was established in 1994 by group of professionals mostly returning form USA after completing their education and several years of experience with multinationals, i.e. Glaxo, Upjohn, Novartis, Aventis, Servier and Rhone Poulenc. The chairman of the group, Dr. M. Umar is a leading orthopedic Surgeon Professor at a prestigious national university , the Agha Khan Medical Institution. Himont is not owned by a single family, it is being created as an institution. The President & CEO Mr. Intesar Siddiqui, was educated at Columbia University New York worked with Upjohn Company for over twenty-two years both at domestic and international operations, including the USA. The last position he held with UpJohn as a regional Director for the South Asia . The primary objective of the group was to establish high quality branded generics company, represent multinationals not operating directly in Pakistan and to establish a FDA and European specifications bulk drug plant. In last twelve years, Himont has moved forward considerably and has established two manufacturing facilities. Himont Chemical built one of the largest bulk raw materials manufacturing plants in the country, which had seven hundred tons annual capacity. it was established at a site of 12 acres to produce USP/ BP standards Ibuprofen, Sulphamethoxazole, Ciprofloxacian, Ampicillian, and Cloxacillin. The plant raw materials to one hundred and twenty companies including multinationals like Glaxo / Wellcome, Knoll, Roche, Organon, Reckitt & Colman, Rhone Poulenc and several other local companies. Later it was sold to another company. In 2007 Himont has built another unique boutique plant to manufacture bulk chemicals for both Cardiovascular and Iron Complex nutritional compounds. It meets all the international GMP standards. We are confident to export raw material to multinationals in Europe as well as in other regions. The second plant is manufacturing / repacking non-sterile and sterile products. Currently, Himont Pharmaceuticals (PVT.) Limited is manufacturing eighty different formulations. These products include under license arrangements with leading European companies, i.e Italfarmaco and Thea from France, Himalaya Drug co. (herbal products) of USA Standard Chem. & Pharm. From Taiwan lacer from Spain and Denofa form Norway. Currently Himont Pharma is marketing manufacturing and distributing products of ten multinational companies in addition to several of its own formulations. Himont has established its own distribution company with nine centers in major cities, and directly supply products to over thirty thousand pharmacies throughout the country. In the local market, Himont is considered as a fast growing company with excellent quality image. According to the latest edition of IMS, Himont is rated among top thirty companies out of 550 pharmaceutical companies operating in Pakistan; and the combine business of all the divisions is the third largest among the National Pharmaceutical Companies. According to IMS audits, more than sixty percent of the local physicians, at least once a week prescribe Himont Pharmaceuticals products, particularly in the teaching institutions. If one includes raw material purchased from Himont Chemicals, more than 80% physician prescriptions in Pakistan contain Himont products. The company has strength of over eight hundred and fifty employees, including qualified professionals from various fields of expertise. The company maintains its own separate Human Resource Development Center, since its management believe that its employees are its biggest assets. As part of its governance policy the management is committed towards the continuous education of personals and has established its own Human Resource Department Center. The company has also established a state of art laboratory to ensure quality control and quality products. Industry Pharmaceuticals / Clinical Research No. of Employees 301-600 Operating Since 1980

Sales Managers Peshawar/Rawalpindi with Pharmaceutical industry background. Specialty must be Cardio/Diabetes. Candidates to Pharm D or a bachelors degree (preferably MBA) from a reputable institute along with at least 8 years of sales experience (4 years in managerial capacity) with…

Candidate with Military background (Major preferably) along with minimum 1 year in the corporate sector (Industrial Relations background) experience. Public dealing experience is a must. Age between 40 50 ideally. Good knowledge of MS Office. Salary between 100 110 K,…


For any query please refer to: hr@hrservices.com.pk